Working together, we can stop the injustice in San Francisco. Join our effort, donate to the committee in support of our goals.

The effort to recall embattled San Francisco District Attorney Chesa Boudin began in earnest this past February, 2021. It has accomplished several things:

1. It has launched the movement in SF to hold elected officials accountable. Several other recall efforts against other officials followed suit.

2. It has united the city; the overwhelming majority of residents fully support the recall of Chesa Boudin, and without delay.

3. Hundreds of thousands of San Franciscans as well as those in surrounding towns, have become engaged in the debate over the failure of "Restorative Justice" and the need to return to actual justice, not a social experiment. People are dying.

4. Our movement has caught the attention of media locally, regionally and nationally. Crime in San Francisco has hit an embarrassing high, affecting tourism and local sentiment alike.

Our Recall Team effort had been approved by the San Francisco Department of Elections for signature gathering March 4th, 2021. Registered voters across the city enthusiastically signed our petition, and by August 11th, we collected 49,611 signatures. 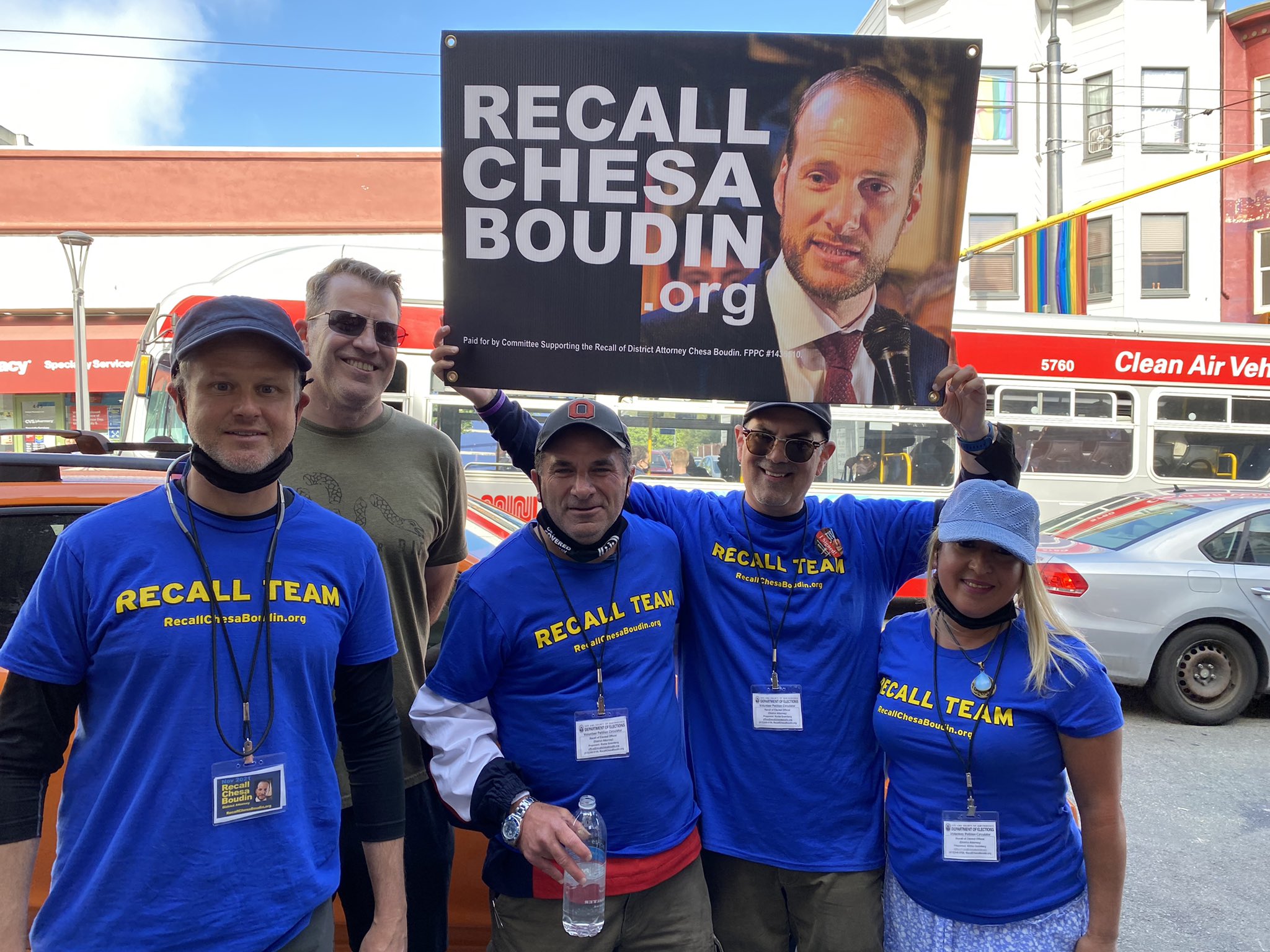 A RECALL IS A PART OF THE DEMOCRATIC PROCESS

The duty to enforce criminal laws, hold criminals accountable, and represent the law-abiding citizens by prosecuting and convicting is the duty of the District Attorney. In San Francisco, this obligation to the people is from Chesa Boudin. Under Boudin, elected November, 2019, our city's criminal justice system has instead been upended. Criminals are emboldened due to lack of accountability; those perpetrators arrested are simply let go, commit more crimes, and unfortunately, many are deadly. Our beloved city has seen an astronomical increase in violent crime, home invasions, shops looted, car-jackings, rampant and unchecked drug dealing and business property theft, even under Covid-19 restrictions.

EVERY RESIDENT AND EVERY VISITOR TO SAN FRANCISCO IS A POTENTIAL TARGET.
OUR HOMES, OUR PROPERTY AND OUR LIVES ARE AT RISK.

FACT: We are a grass-roots, people-powered coalition of concerned San Francisco voters

FACT: We are independent, have no ties to any federal, state or local political party nor their donations

FACT: None of our team members are candidates for federal, state or local elected office